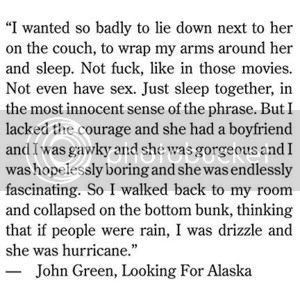 Okay… You know its bad when you have to put on your to do list to remember to shower… I honestly can’t remember the last time I did. I think tomorrow will make it a week and that’s fucking disgusting.  When’s the last time I even wrote in this. Over a week a least. I’m exhausted but I really need to write things out. So much has been going on and I still can’t manage to juggle anything. I seriously need a personal assistant or something. You know something is wrong when I stop bathing, my room becomes a sty and I don’t do anything but sit in bed.

After speaking to Dr Bair Wednesday he reassured me that I’m on the right track with this move and my priorities seem to be in order. I think I need this move more and more as the days pass by. I grow weary and i’m overwhelmed. I need to downsize and have began doing so. I’m no longer going to perform at the Bart Howard room. I called Richard and told him that it will have to be postponed till later months. I can’t deal with that looming over my head while I already have so much on my plate. The move in itself is enough to think about along with working and attempting to locate a new job, but with school on top of things, I can’t cope. This this so much more difficult than full sail and I can’t help but question “What was I thinking?”. At the time I had nothing going on and was dying of boredom. Now my plate is so full I can’t keep the plates spinning and they are crashing down around me. One by one I have turned down all my obligations with various band offers and chances to go spend time with friends. It disappoints me that I’m not capable of fulfilling my commitments. I got in over my head somehow and I can’t manage on my own anymore. I was so grateful yesterday when Deseree, Neal, and Knight all came through for me and helped me move my stuff from Wendy’s over to Grandma’s. Had they not been there to help I know I would have broke down crying. But Neal didn’t seem inconvenienced in anyway. Desi I think was actually grateful not to be stuck in the house with mom, even though she kinda kicked her out for the night over a booty call, and Knight was calm and somehow managed to keep me remotely so as well. I discovered I enjoy laying on a couch with him. Being held in his arms is the best place in the world to me right now. And even though he didn’t say much and seemed bored if not more, his presence was the one thing in the world that made me feel like everything would be okay. I knew that he had a calming and encourage way about him when it comes to me, but I never realized to what extreme I’ve truly come to need him.

My only hope is that once the move happens things in life will calm down, and I’ll be able to focus on what is really important. School being the top priority. I need to follow Dr Bair’s advice and look into daily routines for people with ADHD and Bi-Polar/Borderline and really attempt to make them habits when I move. This is my chance to get my life on the right track. I need to take full advantage of it. Please let me be able to handle this. I just hope with the support of Knight and my sister, I’ll be able to find that place of Zen I’ve been desperately searching for all my life. I refuse to be a head case like my mother, yet I seem to be failing miserably. I’ve been a negative Nancy for days now and can’t seem to shake it. I just look forward to the moment when all our stuff is moved in and I have that moment of clarity where I don’t have to worry. I can just be.

I definitely blame all the stressors as my only real problem, but they seem to be creeping up as issues in other ways. My insecurities are way higher, my need to be held is to the max. So much so that I ended up running in desperation to someone who could provide it.

“How pathetic am I?”. Were my thoughts when I woke up Thursday morning. No longer forlorn with loneliness, but instead facing a growing guilt inside my head. I was at Tristan’s. I banged my head against the wall in the bathroom thinking “idiot, idiot, idiot… What have you done.”? He’s obviously not over me, this was not a casual thing for him. As he stared in my eyes I recognized it as the look I had so desperately been needing. That look of absolute wanting and desire. But, I also realized in that moment as he sweetly petted my head and kissed my cheek tenderly, that it wasn’t just anyone who could fulfill this need for me really… I want Knight to look at me that way. That look of almost desperate longing, yet tender, wistful, and hungry. I guess I just want him to need me as eagerly as I have for him. I felt terrible about Tristan. I had unintentionally led him on, either that or he’s attempting a head game desperately wants me to get caught back up in the romance of him. I told him at the bar I was still seeing Knight and was even moving up there with him, but he pursued me anyway. On a funny note, I couldn’t stand how boney he was. He wasn’t comfortable at all. I didn’t get that sense of safety. In fact it was quite opposite. He has the most gorgeous hair I’ve ever seen and I wasn’t even willing to run my fingers through it. I was detached, and disgusted with myself. How did I allow myself to get caught up in such a desperate position? The girl who was so independent of men is now starving and begging to be loved, even if its just pretend from a stranger apparently. What is wrong with me?

Well can’t put it any better than Cheap Trick did: I want to feel wanted.